Ah, the great outdoors! The fresh air, the freedom, the sunshine!

It’s great to play outdoors, but when it’s hot outside, nothing quite hits the spot like the cool water in the pool.

If you are fortunate enough to have a pool, or have access to a pool, there are many water activities kids and adults can partake in that make great pool games. Here are some of the best pool activities/games you may consider.

If you have a pool, some good old-fashioned swimming is a great way to pass the time. What’s more, it’s a terrific form of exercise.

To make swimming more group-friendly, organize your group into teams and have them swim laps relay race style.

This one is pretty simple. Players will race against each other while holding a beach ball. They will not be able to lose contact with the beach ball, and they must continue pushing it along as they go. The first one to make it to the opposite wall wins.

This may seem like a simple challenge, but the beach ball is very slippery and cumbersome. Working against the resistance of the water makes it more difficult than you would think to make it to the other side.

Marco Polo is one of the most popular pool games. It is similar to tag in that one player is designated as it. However, the challenge here is that ‘It’ must try to find the other players with their eyes closed.

When ‘It’ finds players, they tag them. Those players are then eliminated from the game. The game continues until only one man is standing.

4. Race for the Ping Pongs

Ping pongs balls are great because they float in the pool.

To play this game, just toss a few ping pong balls in the pool and have the players retrieve them. Due to the water’s resistance and slipperiness, it’s not as easy as it looks.

The player to gather the most balls wins.

This one is similar to a chicken fight though it may be just a bit safer.

Here two players get on the shoulders of two larger players. Each player on top has a pool noodle which they can use as a sword to have a good old-fashioned joust. The player who manages to displace the other player so that they fall off the shoulders of the person that is holding them, wins.

Note: if this does devolve into a chicken fight, it’s perfectly okay. Just make sure everyone stays safe.

The coin dive is similar to the ping pong race. Just toss a bunch of coins into the water and see which player is able to retrieve the most.

Of course, unlike ping pong balls, the coins will sink to the bottom of the pool. Therefore, those with underwater swimming skills are at a distinct advantage!

This game can be played in the water or outside it, but it’s a lot more fun in the water, especially on a hot day.

However, Mr. Fox may also respond by saying ‘Dinnertime’. After he shouts ‘dinnertime’ he will turn around and chase the players back to the other side of the pool. If he is able to tag the players, those players will be out.

The game continues until there is only one person standing.

In this game, one player is the shark, and the other players are minnows. The shark stands in the middle of the pool. The other players stand at the edge, waiting to jump in.

When the shark yells, “Go”, the minnows jump in the pool and try to get past the shark without getting tagged.

This is another one with a simple premise, but it can be a lot of fun. The group throws a beach ball around doing anything they can to keep it from hitting the water.

You can make the game more interesting by playing on teams or seeing how long you can keep the ball in the air.

In a floatie race, players must grab whatever floatie is available; pool noodles, inflatable toys and even rafts are all fair game. Then they must see which player is able to get from one side of the pool to the other while holding on to their ridiculous item.

To play this one, players line up at the deep end of the pool. The quiz master comes up with simple questions such as “what color is the sky?” or “how many pennies are in a nickel?”

It is up to the players to answer these questions while they are poised in the air, just about to jump in the pool. As the game goes on, the questions can get more absurd, adding to the fun.

Atomic whirlpool is played with all players lined up around the edge of the pool. The players start walking around the circumference, then they pick things up to a jog and finally a run.

As you can imagine, in time, the pool starts getting a powerful whirlpool effect. The fun will really kick in when the players try to move in the other direction. This will be almost impossible to do.

There are several companies that sell volleyball and basketball sets that are made for the pool. Playing in the water adds a whole new element to these everyday sports.

This one probably needs no explanation, but to those that are in the dark, it simply involves players lining up and doing their biggest and most bombastic belly flop into the water.

Players can be judged on elements like style, poise and, of course, who makes the biggest splash!

For this game, each player will be given a rubber duckie. It is up to them to push their rubber duckie across the pool using any means necessary, except their hands. They can push the duck with their head or any other body part or even blow on it in the hopes that it will make it to the end before the other players.

The player who is able to get their duck to the end of the pool first wins the game.

These are all great games to play in the pool this summer. Which will you be playing with your crew? 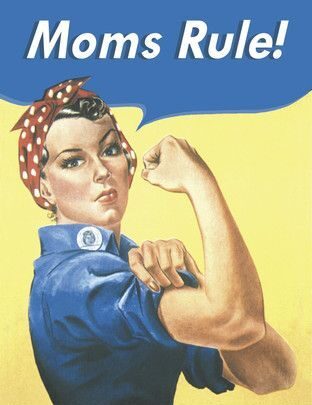