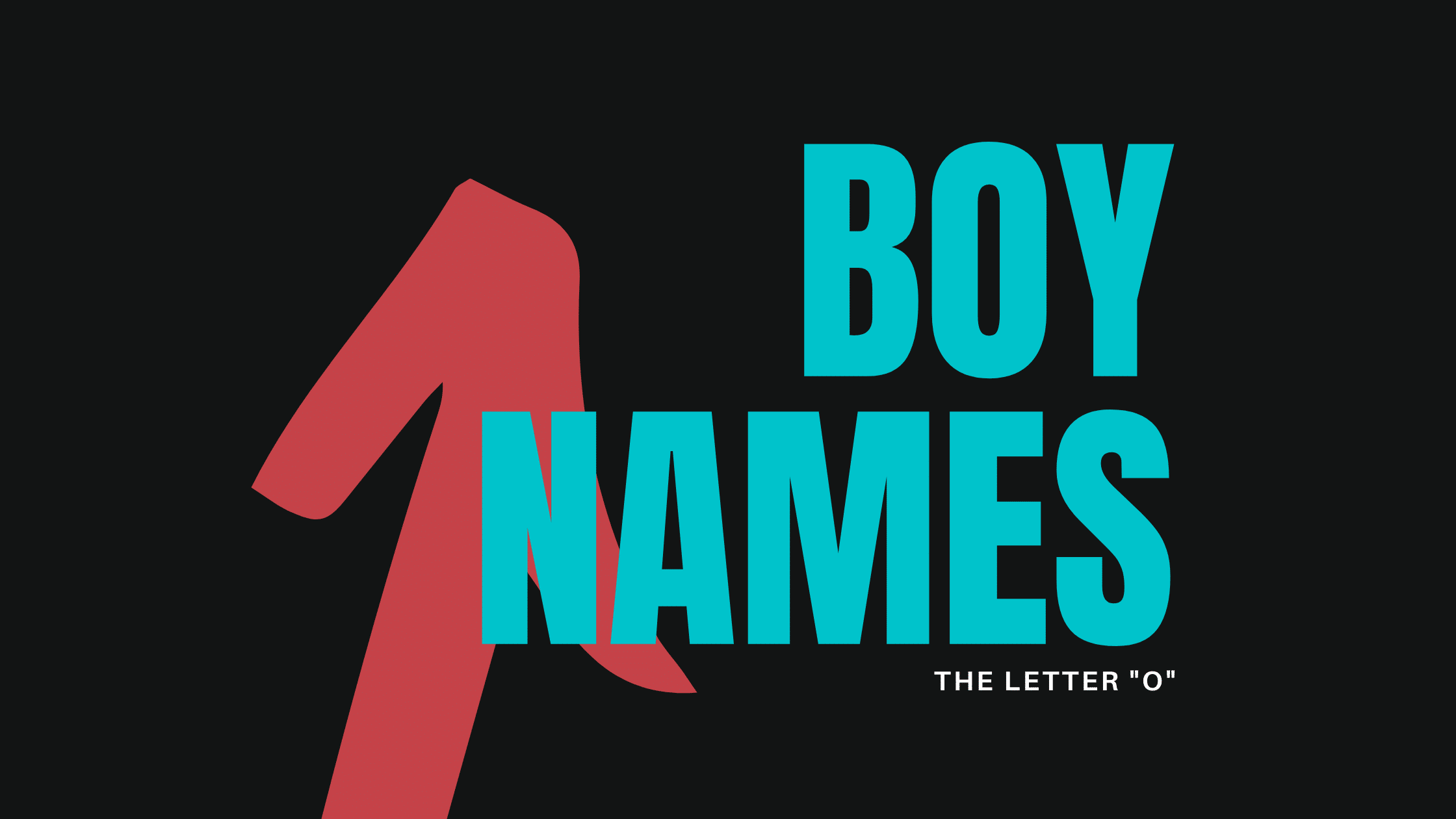 If you are about to have a little boy, naming him will be a significant topic of discussion.

The name you give your child means a lot. After all, it will be with him for the rest of his life. In some ways, it will shape his personality. It is also important that he likes his name.

Sometimes a specific first initial will be required. This may be the case if you are naming the child after a relative. You may feel it’s necessary to give your child a name that starts with the same letter of that relative’s name.

In other cases, you may just like names that begin with a particular letter.

Whatever the case may be, you will certainly have your hands full if you need to give your son a name that starts with the letter ‘O’.

If you are looking for an interesting and special boy’s name that starts with O, here are a few to consider.

If you want to give your son a mighty name, Odin is definitely up there. The name Odin is most closely associated with the Norse God of the same name. He is revered in Norse and German mythology. He is associated with death, the gallows, wisdom, healing, royalty, war, battles, victory, sorcery, poetry and frenzy.

Admirers of Barack Obama may choose to give their son the President’s last name as a first name. Obama is African in origin, and it means crooked or bent.

Those that want to connect their child with nature can name their son after the oak tree. These trees bear acorns as fruits, and they have a durable wood that is often used in construction. Symbolically, they stand for strength, wisdom, knowledge and morality.

Octavio is a primarily Spanish name that means eighth. Music lovers may appreciate it because it is similar to the word ‘octave’ the eighth degree of a scale and the higher version of the root note.

It is also popular in Portugal, but there it is usually spelt and pronounced as Otavio. It is also a common surname in the Philippines.

Other versions of Octavio include the following:

Orlando is mostly known as an Italian name and is said to be an Italian version of the name Roland. It is also popular in Germany, Spain and America. In all languages, it can be roughly translated as famous land, heroic.

Currently, when we hear the name Orlando, we think of the actor Orlando Bloom who was named after the 16th-century composer Orlando Gibbons. The name has also been used in literature, including the poem Orlando Furioso, and the famous composer Handel created an opera named Orlando as well.

Similar variations include Orlin and Orlondo.

The name Orman is derived from Dutch and Old English. It is a derivative of the Dutch word horn and therefore, it makes perfect sense that it translates as ‘spear man’ or ‘sea man’. There are also forms of the name found in Jewish and Hungarian culture.

The name was popular in the early 1900s, but nowadays it is not quite as common. This makes it a great choice if you are looking to name your son something unique.

O’Brien is a family name of Irish descent. Some parents might choose this name for their son to carry on the heritage, especially if there are predominantly women in the family, and the name is beginning to die out. On the other hand, they may just really like the name.

O’Brien means high or noble, so it is sure to set any boy up for success.

Parents who want their son’s name to have religious meaning may consider naming him Obadiah.

In Judaism, Obadiah is one of the Twelve Prophets. There is a book of Obadiah which concerns the divine judgement of Edom and the Restoration of Israel. It is made up of a single chapter which makes it the shortest book in the Jewish Bible.

The book is recognized in both the Jewish and Christian religion.

The name Orson is of English origin, and it means bear or bear cub. It can be traced back to a medieval romance called Valentine and Orson. It is also the name of cities in Iowa and Pennsylvania.

Orson has been used as the name of many fictional characters. The most famous Orson alive is Orson Welles.

The name can be spelt as Orsin or Orsen. Variations include Orsini and Orsino.

Orville is a French name that means golden city (comprised of the words ‘or’ meaning light and ‘ville’ meaning city). It is a favorite with parents due to the many famous Orvilles that have existed throughout history. Chief among them is airplane pioneer Orville Write and popcorn magnate Orville Redenbacher.

Osbourne is primarily known as a last name that was mostly made famous by musician Ozzy Osbourne. If parents want to pay tribute to the artist, they might consider naming their child either name. However, the name Ozzy was derived from the last name Osbourne, so this will be the name that carries the most meaning.

The name is English in origin and influenced by the Old Norse name Asbjorn. It means divine bear (As meaning God and Bjorn meaning bear). The name can also be spelt Osbern, Osborn or Ausburn.

It is worth mentioning that Ozzy is not the only famous Osbourne. The American author Mary Pope Osbourne and the singer Joan Osbourne are just a few that are included in the ranks.

Oscar may not be a common name in America, but it is quite popular in Sweden. It was the third most popular name for males born in Sweden in 2013, and it is also common among Swedish kings.

Despite the name being common in Sweden, its meaning is rooted in German culture and means ‘divine spear’ or ‘spear god’.

It can also be spelled Osker, Oskar or Oscer.

Othello is a popular name that is best known for being used in Shakespeare’s play of the same name. There is some dispute concerning the origin of the name. Some believe it is a Hebrew name meaning “he has the sound of God”.

Others say it is of Italian origin and that it’s meaning is unknown. They believe the name was based on the ancient Roman nickname Otho.

If you are thinking of giving your son a name that begins with the letter ‘O’ you may be struggling to come up with one that works. Hopefully, this list has provided you with a wealth of options. We wish you the best of luck during this exciting time of your life.

Honorable mentions for unique boy names that start with O: